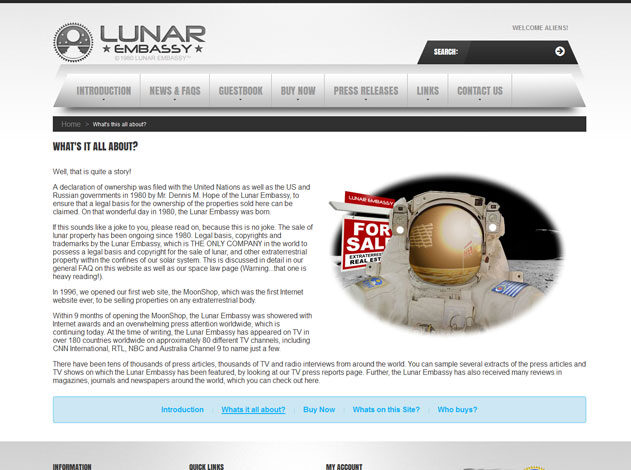 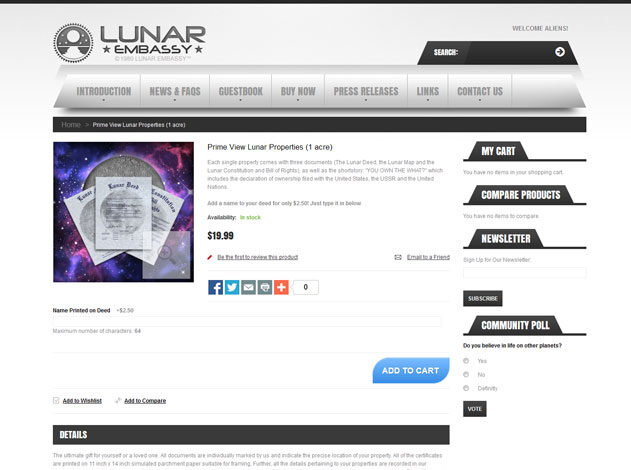 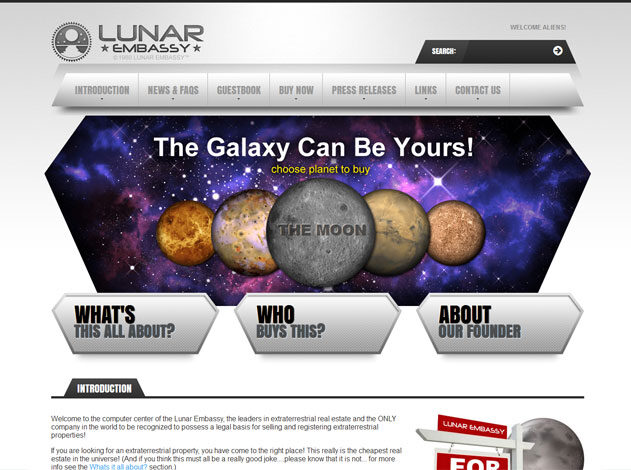 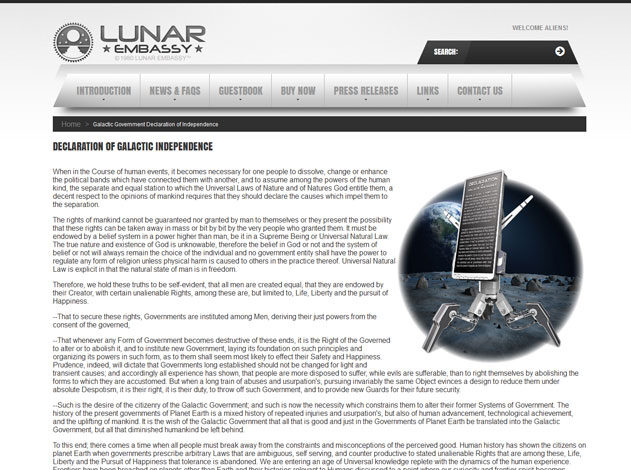 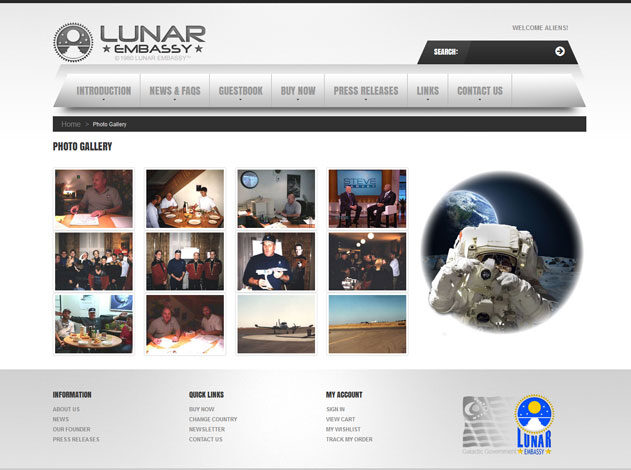 Dennis Hope declared ownership of the universe was filed with the UN in 1980 and since then he has sold extraterrestrial land to millions of people around the globe. Since then he has appeared in numerous television and print publications and even been the subject of multiple documentary films.

Lucky Web Design was brought in to redesign the Lunar Embassy website that had essentially remained untouched since the early 80s. A Twitter Bootstrap theme was created for the Magento eCommerce platform to provide a robust platform to take them to infinity and beyond!